OMG last night was a nail biter of a game. The ninth inning, I was chatting with two friends about it and then it turned almost into a disaster. I didn’t want them text/messaging me. I just wanted to focus because I wasn’t watching, I was listening to the radio. Typing and listening can be difficult. Kimbrel was almost struck in the head as he came out of the bullpen by a fucking Yankee fan with a can of beer. I am sure that rattled his nerves some and it showed. He loaded the bases and couldn’t get an out. He got one out, then a run scored. Then he walked a run. The score was 4-3 at this point and he needed one more out. I was at the point where I wasn’t going to have nails anymore. Ready to get the clipper out and just hack away (I don’t bite my nails as that is gross). I do pick at my cuticles, which is probably worse, but hey, this is a playoff game. He finally got the final out with a ground ball, which was reviewed and the call standed. Game over! Red Sox win!! I went crazy! I was so damn happy. I changed my wallpaper to the Sox instead of just black. 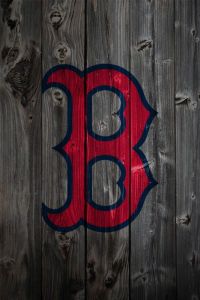 I couldn’t sleep as the tension was too much. Pain was there but not so great as it was the other night. Between 12-1230 am I thought someone set off firecrackers. Found out today that it was gun shots. No one knows who did it or where or if someone was shot. It was at the end of my street. My sister told me the police was going to our yard to look for casings. Just wonderful!!

I didn’t go to sleep till around 0330, again! I didn’t put the do not disturb on as I didn’t have anything to do today. I canceled therapy. I was going to call some therapists but I haven’t brought myself up to actually do it. The alarm went off and I took my meds and then went back to sleep for a couple of hours. I hear my doorbell ring but I thought my mother was home, not that she could go down the stairs but if she needed me to, I was there. I didn’t hear her call me and she didn’t call my phone so I just lay there. Then my sister called me and told me what happened. She called again asking me to bring her packages inside. I opened the door and there were four boxes on the porch. WTF. Two were for her and two were for my mother. I didn’t carry my mother’s up. They were light but I was just lazy. I needed coffee and something to eat.

I ended up eating the last of the chocolate cake with my coffee. I showered afterwards. My mother must have gone to a doctor’s appointment because the showerhead was on top not in the holder on the side (we have the flexible showerhead). She doesn’t like it but tough shit. She said she got water everywhere. I asked if she had the curtain covering the sides of the shower and the curtain inside. She said no. Well, there you go. She had also turned it to the side so no wonder the water leaked out. I know the shower flex thing we have is not going to last. She is going to find another showerhead and use that. But it has to be $20 or less because that is what it should be (SMH). I just hope she doesn’t put the damn basket she has back in the shower seat because I like actually sitting down while I need to shower. She just doesn’t get it that I am disabled, too. Though she will never think of herself as disabled. Pisses me off. I will take the damn basket and throw it away. I don’t care some of it is my stuff. I don’t want it on the seat.

Today is day 4 that I have been off female hormones. I haven’t shown signs of bleeding and I hope that I don’t. I think it will be a few more days before I know I am out of the woods or maybe a week. I hope that with my shot next week will boost up the T and decrease my stupid female stuff. I really don’t want my menses. They suck.